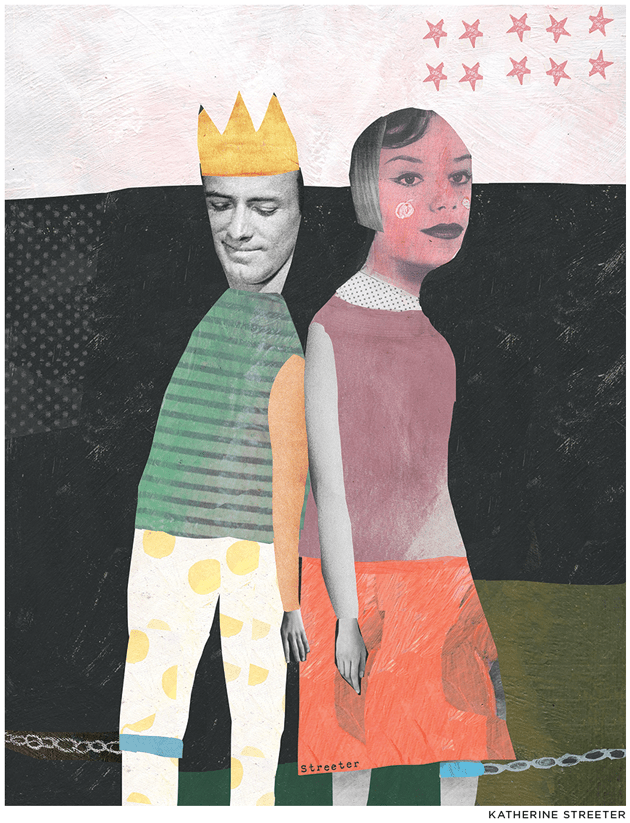 Feminism is going to make it possible for the first time for men to be free.

At present the ordinary man has the choice between being a slave and a scoundrel. That’s about the way it stands.

For the ordinary man is prone to fall in love and marry and have children. Also the ordinary man frequently has a mother. He wants to see them all taken care of, since they are unable to take care of themselves. Only if he has them to think about, he is not free.

A free man is a man who is ready to throw up his job whenever he feels like it. Whether he is a bricklayer who wants to go out on a sympathetic strike, or a poet who wants to quit writing drivel for the magazines, if he doesn’t do what he wants to do, he is not free. . . .

And this will be true so long as women as a sex are dependent on men for support. It is too much to ask of a man to be brave, when his bravery means taking the food out of the mouth of a woman who cannot get food except from him. The bravest things will not be done in the world until women do not have to look to men for support.

The change is already under way. Irresistible economic forces are taking more and more women every year out of the economic shelter of the home into the great world, making them workers and earners along with men. And every conquest of theirs, from an education which will make them fit for the world of earning, to “equal pay for equal work,” is a setting free of men. The last achievement will be a social insurance for motherhood, which will enable them to have children without taking away a man’s freedom from him. Then a man will be able to tell his employer that “he and his job can go bark at one another,” without being a hero and a scoundrel at the same time.

Capitalism will not like that. Capitalism does not want free men. It wants men with wives and children who are dependent on them for support. Mothers’ pensions will be hard fought for before they are ever gained. And that is not the worst.

In short, they are afraid that they will cease to be sultans in little monogamic harems. But the world doesn’t want sultans. It wants men who can call their souls their own. And that is what feminism is going to do for men—give them back their souls, so that they can risk them fearlessly in the adventure of life. . . .

When you have got a woman in a box, and you pay rent on the box, her relationship to you insensibly changes character. It loses the fine excitement of democracy. It ceases to be companionship, for companionship is only possible in a democracy. It is no longer a sharing of life together—it is a breaking of life apart. Half a life—cooking, clothes, and children; half a life—business, politics, and baseball. It doesn’t make much difference which is the poorer half. Any half, when it comes to life, is very near to none at all.