For most of the Industrial Age, the office workers of the world were a timid lot. Even in our contemporary pre-pandemic age, many suffered terrible indignities, sitting in their slotted cubes, nursing their water bottles and succulents, braving filthy bathrooms and nauseating coffee pots for the honor of sitting in a chair monitored by a minder/manager. Then, as if it weren’t stifling enough in cubicles, the open office arrived, the realization of one megalomaniacal boss’s dream of constant surveillance capped by the enforced trauma bonding of tight spaces. You really get to “know” your coworkers, any survivor of the open office will tell you. This “knowing” constitutes whether they skipped their shower or ate a ton of onions before they showed up to stare at the screen next to you in just the way you stare at yours. You may also get to know that despite outward appearances of doing the same job they get paid ten thousand dollars more than you do.

All this is to say that, even before the pandemic, a lot of office workers were enduring their own Kafkaesque hell where everyone smelled each other’s farts but pretended not to the whole time. It is little surprise, then, that as a Delta-battered, pandemic-worn American population considers the prospect of a large-scale “return to the office,” they are less than enthused. The Pew Research Center reported in December that “more than half [54 percent] of employed adults who say that their job responsibilities can mostly be done from home . . . say that, if they had a choice, they’d want to work from home all or most of the time when the coronavirus outbreak is over.” If you add the 33 percent who responded “some of the time,” the figure is 87 percent. The sheer size of this societal rethinking of the value of work and one’s own dignity as a worker has provoked an unprecedented phenomenon that is being labeled the “Great Resignation.” Such is the sheer scale of the global dissatisfied, according to a Microsoft survey of multiple countries from March, that 41 percent of the global workforce would consider leaving their current employer within the year.

Bosses are shocked; even Microsoft noted that business leaders “are out of touch with employees and need a wake-up call.” The powerful always seem to imagine their underlings as supremely satisfied even when consigned to squat for hours in a room with other beings. This fantasy has only been further coddled by what has been a century-long spell of employers calling the shots. Indeed, in that hazy-pre pandemic world of our past, it would have been a joke to imagine a power reversal, where suddenly workers were in charge, or at least more in charge than they have been in modern times. It is undoubtedly true that millions of jobs were wiped out by the pandemic. It is also true that employers are continuing to feel a labor shortage—brought on in the white-collar sector by a collective realization that being tethered to a desk in an office park for most of your life is no way to live, as well as by stagnant wages and poor working conditions in much of the service sector.

One realization provoked by the pandemic is simply that most office work can be done anywhere. It is almost as if the dramatic pause of the commute-work-eat-sleep hamster wheel exposed how arbitrary, how unrelated to actual work, it really was. As people set up home offices and cuddled their cats and dogs, there was a mass realization of how pleasing it is to not have to endure the forced camaraderie of workplaces, the deadening commutes, the inconsiderate (and oblivious) bosses. Productivity does not seem to be suffering: one 2015 study of workers at a Shanghai call center found that those working from home actually improved their performance by 13 percent. Bloomberg reported in April on a study that found working from home is likely to boost American productivity by 5 percent, mostly due to less time lost in commuting.

Most office set-ups prior to the pandemic were rough approximations of the Foucauldian panopticon, which used the threat of constant surveillance to keep workers in line.

A less discussed psychosocial cause for the turn away from life as centered around work is the power dynamics that modern workspaces were imposing upon workers. Most office setups prior to the pandemic were rough approximations of the Foucauldian panopticon, which used the threat of constant surveillance to keep workers in line with the rules they set for them. If you were compliant and were promoted, your reward would likely be freedom from that surveillance—perhaps having your own office where you were not in view of others at every single moment. In this sense, even while many workplaces championed “out of the box” thinking, innovation, or similar goals and ideals, the spatial arrangement of communal work trapped people into submission to a manager whose entire job was to ensure that the arrangement endured.

Freed of that spatial discipline, in their own home people realized the absurdity of the office-opticon and are simply saying no. The managerial contingent is expectedly unhappy about this, demanding physical presence, “presenteeism” in the guise of “collaboration,” and a resurrection of their role as overseers in the name of “teamwork.” Their fears of change are expected in a capitalist society where everyone is classified per their material worth and power of consumption; some who are successful are that way because they have centered work and arranged life around it, or simply have centered work because they have no life. That, however, is an ontological question not worth pursuing. The after-work-happy-hour mourners and middle-manager megalomaniacs will simply have to learn that life is not lived at work and those paid to hang out with you would really rather not.

A recent New York Times opinion article correctly pointed out that this change in the power dynamics of work is also highlighting the ignored issue of human dignity. Presenteeism, or the requirement that someone be present for hours everyday, even if they’re sick, just so they can be “minded,” is an infantilizing and dehumanizing idea. It is also one that ignores the truth that a sense of actual well-being is essential, actually crucial, to a sense of human dignity. Working for others need not and should not be a matter of acquiescing to this demand, while missing getting the kids off the bus or being present for a sick neighbor and so on. And yet, that is exactly what it has meant for millions of people who are now, understandably in revolt.

In the United States, the success of the new way of working will also depend on the government. The de-linking of health care and employment is crucial, for instance, to enable true worker mobility and choice. Having to stay in a job that is terrible for your health as a condition of having health care is an inhuman equation, as is having to endure bankruptcy because of an unforeseen health issue that takes you off the job. In this moment of worker power, more collective organizing needs to happen to insure this and to unleash the creative potential of millions stuck in dreadful jobs for their health insurance plans.

Finally, it is necessary to point out how work beyond the psychosocial space of the office has the potential to be more equitable than before. In one recent Facebook discussion, I saw many of my white friends expressing a degree of wistfulness about the water-cooler chats that they missed. The fact that they were all white should tell you something. Employees of color, immigrants, women—anyone who is not the majority—may have less fond feelings about the culture of water-cooler friendships, which, like most other things in society, tend to favor whites. In this sense, having only intentional interactions (rather than accidental ones) means that the amount of time or attention given to one employee can be tabulated. These metrics can provide employers with better tools to attend to unconscious biases that influence how employers who are racial or sexual minorities are judged.

Times during a prolonged global pandemic are dreary enough without being minded by a manager, told which hours and which days one can work. Hierarchies at work should not translate to hierarchies of human worth, where the lowest is treated as the nearly worthless. Foucault would have been so proud of all those quitting their jobs or even thinking about doing so. Escaping the spatial brutality of the permanently surveilled workspace should be a human right—and maybe soon it actually will be. 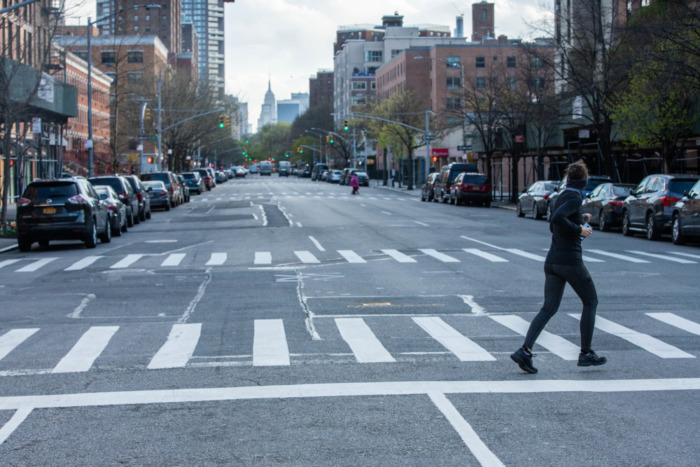 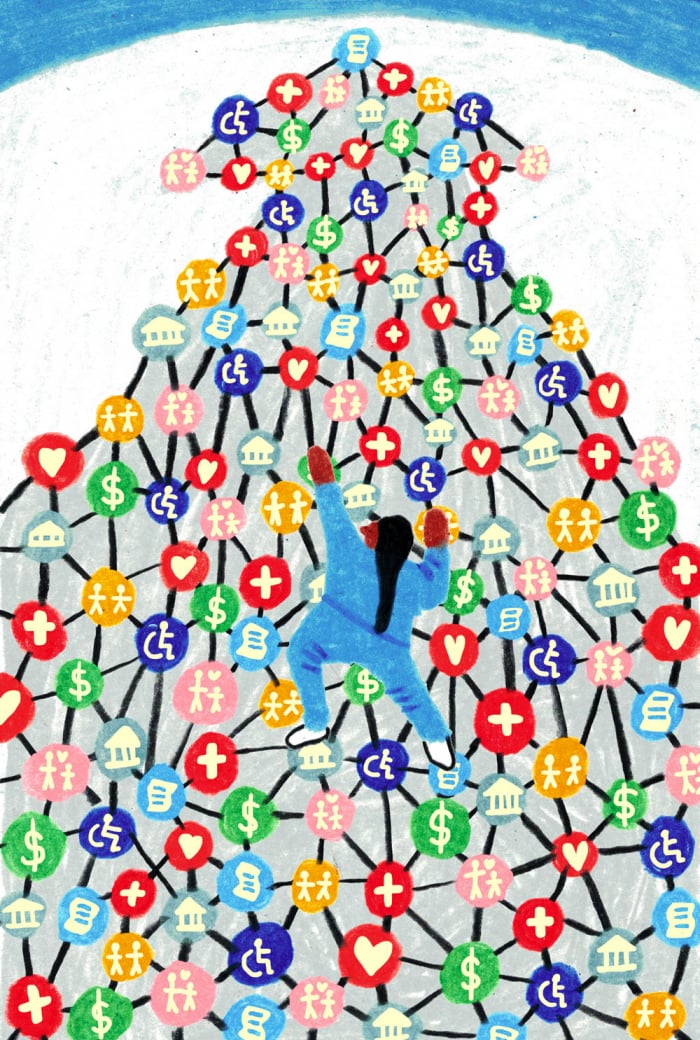 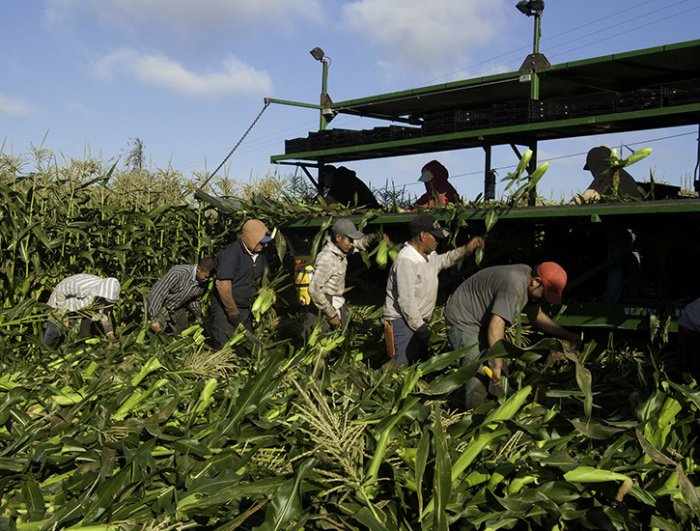