It is a truth universally acknowledged that the all-American girl is always a white and ideally blonde. This truth of the American visual imagination is in fact what lies behind the affliction known as “missing white woman syndrome.” The term was bought up most recently by MSNBC anchor Joy Reid when she was describing the inordinate amount of attention garnered by the Gabby Petito case. As soon as the twenty-two-year-old disappeared, American news media were awash with wall-to-wall coverage of the efforts to find her.

As Reid explained on her show, missing white woman syndrome was named years ago by the late Gwen Ifill, a longtime PBS (and also Black) journalist, to refer to the obsessive attention paid to news of missing and dead white girls in contrast to news of the disappearances of Black, brown, Native, and other minority women. The inherent question posed by the disparity is the obvious one: Are those women less deserving of the country’s attention and of its concern?

The answer is no. At the same time, despite the collective denunciation of missing white woman syndrome, few have offered up ideas as to what the antidote to the syndrome might be. It is notable here that Petito herself fit a particular kind of aesthetic fantasy that Americans, white Americans in particular, want to nurse about themselves. Active on social media, Petito typified the young, carefree all-American girl with long blonde hair, vulnerable and also morally pure, embarking on an adventurous road trip—just the sort of girl who makes older white Americans wistful for their own past youth. The unsaid portion of the fantasy is, of course, that the “carefree” bit is a privilege largely distributed along racial lines, and yet imagined as being available to everyone.

As a burgeoning social media influencer, a job which is unduly focused on aesthetics and performance in the service of creating one’s personal brand, Petito would have been aware of embodying this fantasy. Petito and her fiancé were also part of the #vanlife movement of digital nomads who document their travels. We know now that there were portions of her life that she left out, including possible domestic abuse, indications of which were relayed via a 911 call to report her boyfriend, twenty-three-year-old Brian Laundrie, of allegedly slapping her. This disparity between the truths and representations of her life are also an indication of the dark side of a hyper-visual and performative nature of social media influencing in general, and in this particular case an example of how influencers themselves are trapped in the images they manufacture for themselves.

Petito’s body was found on Sunday in a remote part of the Grand Teton National Forest in Wyoming. An autopsy indicated her death was a homicide. Though Laundrie has not as of today been charged or arrested, he was indicted Wednesday by a federal grand jury in Wyoming after using “unauthorized devices” to withdraw $1,000 from bank accounts. The national coverage will undoubtedly continue, as the case plays out.

The inherent question posed by the disparity in news coverage is the obvious one; are women of color less deserving of the country’s attention and of its concern?

The most troubling dimension of missing white women syndrome is that no one seems to know what to do about it. A New York Times article this week on the Petito story quotes Martin G. Reynolds, a co-executive director of the Maynard Center for Journalism Education, putting the blame on news media demographics. “Our newsrooms don’t reflect the diversity of the country, and folks in editing roles are even less diverse,” said Reynolds, who leads an organization (named for longtime Washington Post correspondent Robert Maynard) that has been promoting newsroom diversity since 1978. “Until journalism corrects this, we are going to continue to be more and more irrelevant to the audiences that reflect the future.”

Reynolds makes a good point. In 1978, only 4 percent of journalists in American newsrooms were people of color. Thirty years later, it was at 13.5 percent, according to the Maynard Institute. White people still dominate the media, especially in top positions, and are automatically more likely to imagine themselves or their wives, mothers, etc. as victims when they are also white. Everyone else represents a racial other, whose lives, interests are deemed not relatable because they do not fit into the fantasies about youth or anything else that newsroom editors may fancy. This is the status quo, and its exertion is likely to continue to produce future iterations of the missing white woman syndrome.

Collective racial biases, such as those of the many editors, producers, and anchors who chose to provide competitive coverage of the Petito story represent just such a group, where no one individual can be held responsible for a larger outcome. As a consequence, the white men and women who make racially inflected choices continue to be off the hook, and thus completely unaccountable for the fact that their choices have a larger social impact of presenting one kind of woman as worthy of mourning and collective outrage while sidelining others. It glosses over the fact that these decisions deserve critique and analysis instead of being passed off as matters of “preference” and hence always permissible.

The obvious solution to such distorted coverage is simply to provide more coverage to minority women. There are hundreds of Native women who have gone missing just in Wyoming alone in recent years. FBI statistics reported nearly five thousand six hundred missing  Native American women nationwide in 2019. So after every iteration of missing white woman syndrome there is a feeble effort to provide a bit of attention to all the missing and dead women of color whose tragic ends have been ignored. Then, as always, things revert to the status quo and the focus returns to white women.

No one else seems to care. When a woman of color goes missing, it is left up to her family or friends to lobby an indifferent media for adequate and equal coverage; a task their own shock and horror at the situation makes them nearly incapable of doing. Their opponent is the vicious circle between news consumption and production via which Americans are primed for recognizing cases of women like Petito as truly tragic while imagining the cases of minority women as part of some complex knot of factors that is beyond their understanding. It is only the white woman who is imagined as morally pure; the others from the very beginning are imagined as somehow complicit in their own tragic endings.

Eradicating missing white woman syndrome requires a cumulative effort designed at naming and shaming all instances where American women are visualized and assumed to be white. This requires, for instance, a reassessment of school curricula when it comes to the depictions in educational materials of white versus BIPOC women. It requires public discussions of studies that show that white women are the ones that have been most successful at expanding their power on the Boards of Fortune 100 and Fortune 500 companies, while women of color are barely represented.

Within journalism in particular, the focus need not be only on the disparity in reporting regarding white versus minority women, but also on the elevation of the white and blonde reporter in the field as a heroic figure. This constant visual reiteration of white women as the ultimate heroines of the American story lays at the core of why more coverage is extended to those white women who unfortunately go missing. In sum, it is the analysis of white women’s cumulative power that must be analyzed to understand why their disempowerment in death is a matter of collective shock and mourning.

Missing white woman syndrome perpetuates other failures of the public imagination, such as the invisibility of Black women and girls—or of brown or Native American or Asian women, for that matter. Until the choices white people make, including their “preferences” indicated by clicking on a news story, are understood to be embedded with racial bias, it is unlikely that missing white woman syndrome will ever disappear. And every time the news media justifies distorted coverage by invoking audience preferences, they are abandoning their core role of accurately presenting the hard facts—without fear or favor—of the world around us. It is only by requiring analysis and accountability of “preferences,” where the choices and decisions of white people in power are understood as always having a racial component, that the true nature of rampant violence against women can even be seen. 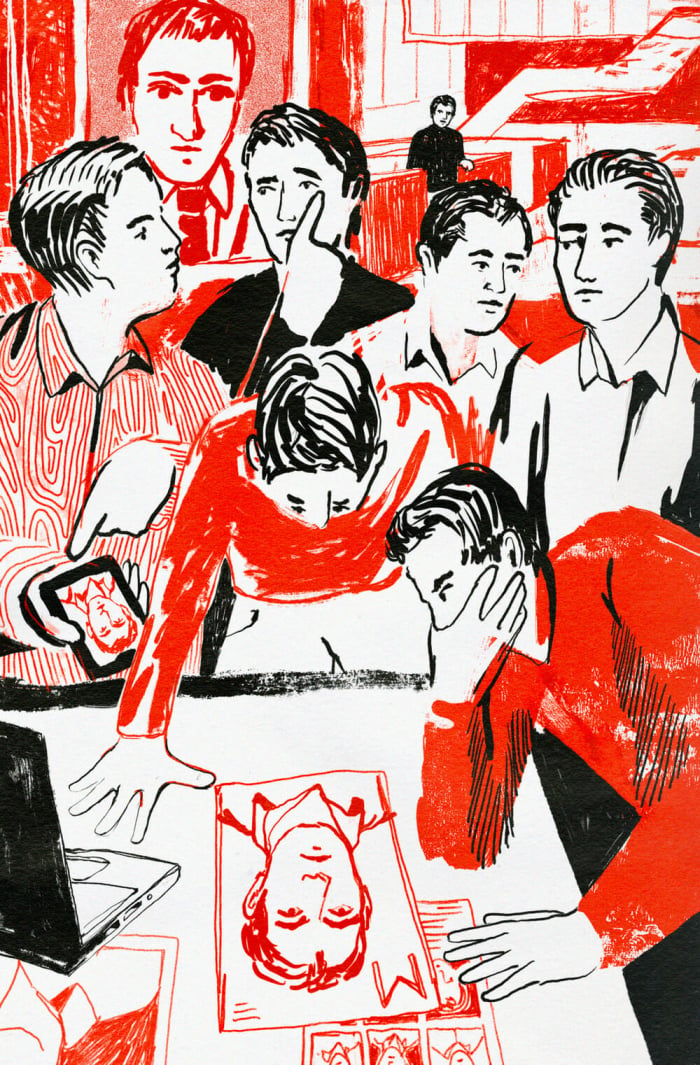 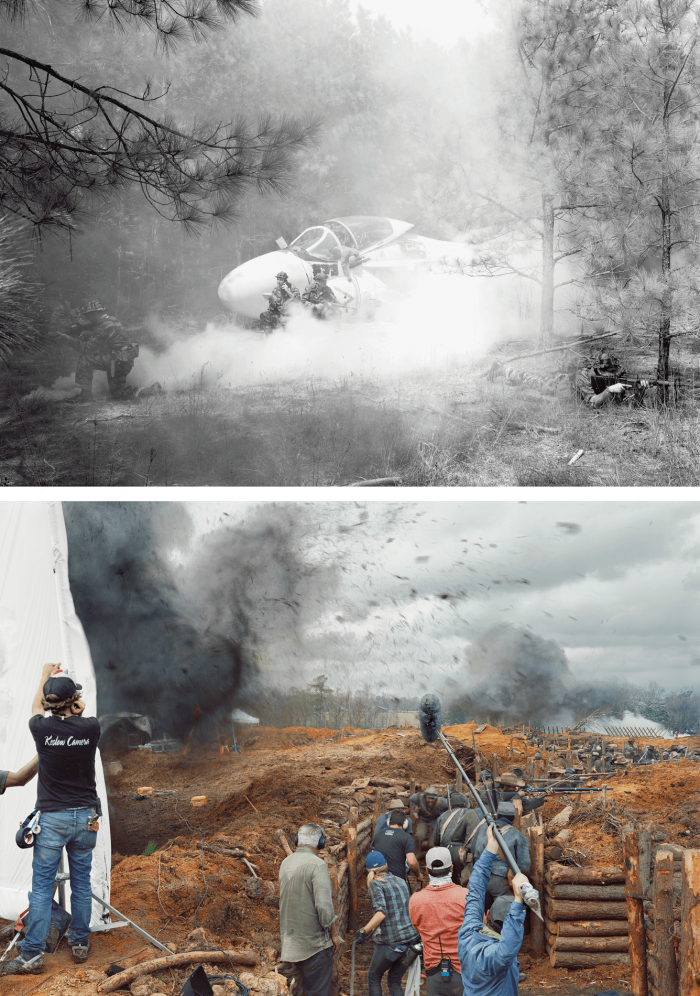 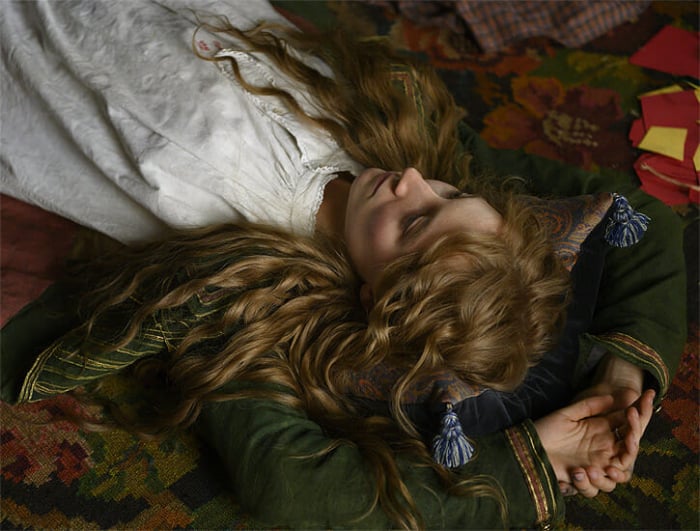