“You’ll be a star,” Adrienne Miller was told when she applied for the literary and fiction editor position at Esquire magazine back in 1997. It was an apt prediction. Miller, who “lobbied hard” for the job, is the first woman in the history of the magazine to hold the position. It was quite the feminist coup, or so it would appear. After a mere three years working as an editorial assistant at GQ, Miller had become the gatekeeper for all the American short fiction to be published in a magazine whose contributors included Ernest Hemingway, Norman Mailer, John Updike, and Raymond Carver.

It is—or, at least was—a powerful position, but you would not know it from Miller’s telling. In The Land of Men, as Miller’s new book is titled, sets itself up to be a memoir of striving and making it in a man’s world, at a leading “men’s magazine” toward the end of the so-called golden age of magazine journalism, while also being a #MeToo tale. It is not that. Miller does strive, and the usual crimes do occur amid the unapologetic maleness of the place; the insistent misogyny of lewd remarks tossed with pre-#MeToo abandon are all truths about Esquire (and GQ) in the nineties.

Much of the attention from early reviews of Miller’s memoir focused on her working relationship and romance with David Foster Wallace. But there’s something just as striking, and perhaps more important, that is central to a feminist reading of the book. Can women who flourished in male-dominated environments and went along with their white-male-centric-cultures claim to be #MeToo heroines? In the Land of Men illustrates this conundrum in all its grey and murky details. You can’t help noticing that while Miller triumphs in the sharp climb she ambitiously plots, she seems oblivious in the plight of other women writers or employees who work with or around her.

It is a pity because (in her own words) Miller is responsible for “finding, acquiring, and editing all the short stories published in Esquire.” There is no hierarchy she must answer to, she smugly admits in the initial glee of the moment, just “me and my judgment” and a distracted editor-in-chief she has already learned to handle. It is, by any estimate, an opportunity to transform the (very male) American literary landscape.

She never avails it. Newly installed in her plum position, she heads off with a friend who happens to work at the Wylie Agency to get introduced to Norman Mailer. She may have “loathed Mailer,” but this judgment does not stop her from blurting “Hey, you should write for Esquire again” when she finally gets her coveted introduction to “the terrifying white cannonball” with a “large degree of personal charm.” He is, after all, the author of “a near masterpiece” (The Executioner’s Song) with a “heroic” work ethic.

The larger question that this men-before-women decision imputes is thorny: What responsibility do women have to use their powers to promote other women?

This habit of very nearly excusing misogyny rather than recognizing her own power to pulverize its hold over American letters appears time and again in In the Land of Men. In due course, Miller develops a telephone dalliance with Wallace, despite his low opinion of women (he laments that six turned him down on the night of his book party for Infinite Jest) and despite his hyper-sexualized female characters. Here, her vaunted judgment tells her to put those concerns to the side. In the conversation that opens the book, the two are ensconced in Miller’s glass office tittering over a map of “Who’s Who in the Cosmos” published (and framed) by her predecessor. Cheeky in Esquire’s capacity for literary king-making, the 1987 guide to “the Literary Universe” ranks writers according to their distance from the “Red-Hot Center” of the literary world. Toni Morrison is given a faraway moon; Wallace himself is “on the horizon” at the bottom of the page. Sitting in her office at Esquire, he declares that he wants to be at the “red-hot center.”

Wallace will succeed, but it is Miller’s coy (and contrived) pretense that she has no idea of the power of the magazine where she is installed as gatekeeper that is cloying. Surely, she realizes that in deciding to publish Wallace’s story “Adult World” (even granting his choice of publishing it as two separate pieces separated by other stories), she is promoting his literary career. This obliviousness is difficult to forgive. She is young and inexperienced but she is the literary/fiction editor of an eminent magazine, one (as a memo left in the lower drawer of her desk attests) that had rejected at least one David Foster Wallace story before. Gatekeeping, after all, is an active process of inclusion and exclusion. Miller chooses in Wallace’s case, and in most cases, to draw men into the fold.

The larger question that this men-before-women decision imputes is thorny: What responsibility do women have to use their powers to promote other women? In her memoir, Miller never quite addresses this issue of what she did for other women while installed in her hot spot at the helm of the American literary scene. All we get is that “throughout the years” she was given a staff of three “Esquire interns/readers” and that some of these “brilliant and judicious” women graduated to become her “closest friends.” The only one she mentions by name however—one who dared ask for promotions and health insurance—happens to be dead.

So there are intern/best-friends and writer/boyfriends and neither of the two add up to a #MeToo heroine in the tradition of those who have spoken out against workplace assaults, tried to open doors for other women, and endured abuse for a lack of power (such as those who outed Harvey Weinstein). Power in the hands of a very young woman like Adrienne Miller is still power, and there is plenty in the book to suggest that she was canny enough to know it.

The problem is that Miller, like others before and others to come, conflates feminism and careerism. The object (marred by self-doubt and the worshipfulness of the fame-adjacent and the talent-adjacent) is ultimately to insure an individualistic realization of her own ambitions rather than any fealty to the larger cause of all women. She wants, in the words of the longtime GQ editor Art Cooper, on the fateful day of her hiring at Esquire, to be a star.

It is too bad that in the end she seems to settle simply for having been the neglected romantic interest of a literary star. The focus on David Foster Wallace in In the Land of Men reiterates that Miller never gets to be the star of her own story. To be a worthy #MeToo memoir, In the Land of Men would need to have plumbed questions of what women in power owe other women, of the costs of power frittered away, and of the use of access to celebrity as some crude affirmation of self-worth. It does none of these things, and so it ends up being yet another story in which a badly behaved and narcissistic man encroaches and overtakes a woman’s story. 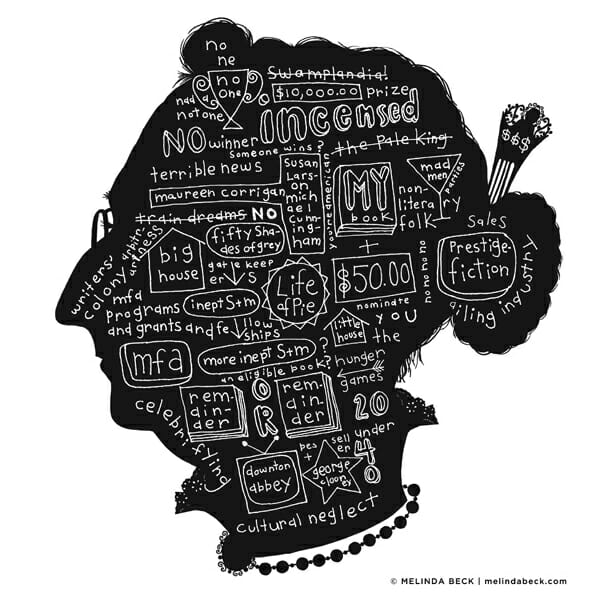 A Bad Day in Brooklyn
Emma Garman
Odds and Ends 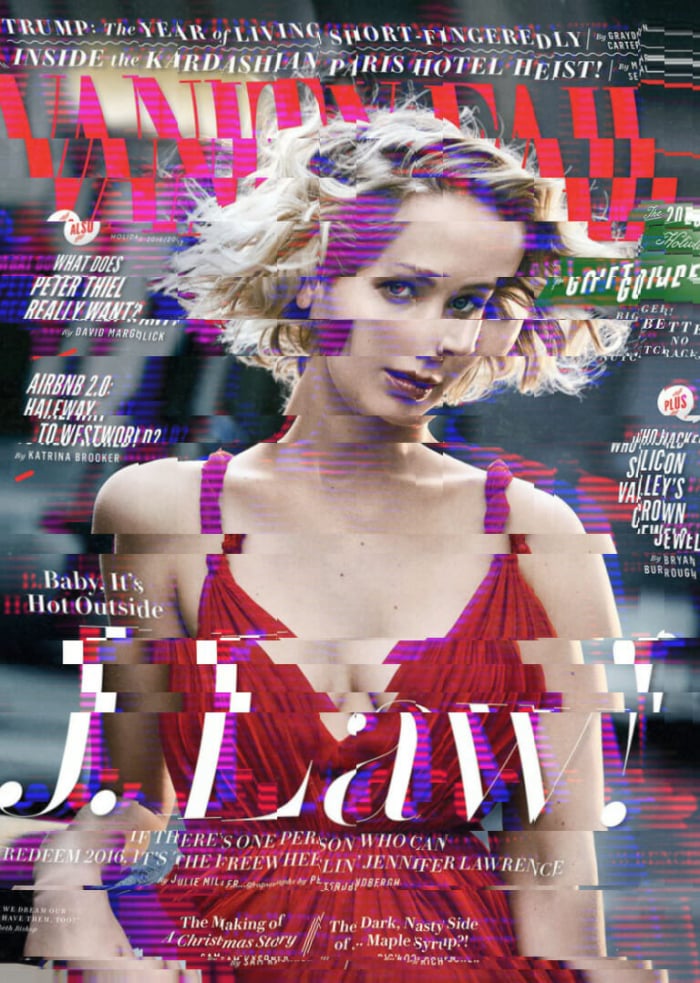 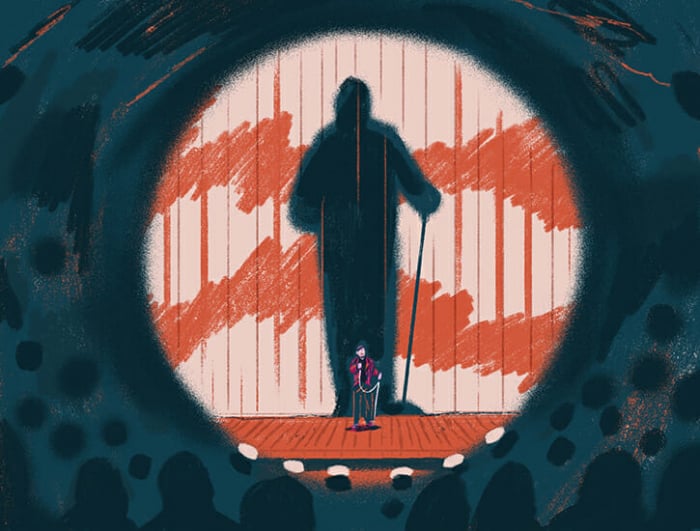