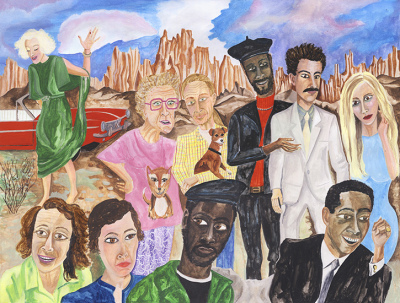 After a friend tells me names and dreams occupy the same part of the brain, which is why we forget both.

The old language says the apple is the old apple and spoke in categories, it gave her the dance floor she needed, all those vocabularies. . .

Carl is a bipolar orthopedic podiatrist, and he’s fussy at the nipple. He’s been on a nursing strike for the past several days,. . .

El Chapo is the face of a curiosity we cannot escape.

Art for Against the Universe.

Space Jam: A New Legacy takes the cinematic universe to its logical conclusion.